Sometimes you get a brilliant idea and google it, only to find out someone else has tried it already.

O.K., so here is the idea.  Andrew Jackson was one of the most effective of the presidents of the United States.  Unfortunately, what he was most effective at could only be called genocide.  As Americans, most of us don’t really know or understand that his “Indian Removal” policy was in fact genocide, and we celebrate his presidency by having his face on the twenty-dollar bill.

Could a campaign be started to remove his face from the twenty?  Apparently some groups already have.  They even have a Facebook page.  So it is not really a new idea.  I haven’t had a chance to read all of the details yet.

So if you get a twenty in change, you ask for tens?  If you get cash from the ATM you take the twenties (they always give twenties) to the bank and ask for other denominations?  I am not sure how it would work.

And there is discussion about it on the internet.  “Le Extreme Spammer” has the following words of wisdom:

“Andrew Jackson on the other hand was put on the 20 dollar bill to celebrate the good things he did. I think he did do plenty of good like defend the U.S from British Canada and fight against corruption in the national bank. But I guess it’s the perspective. To non-NA, he is just another guy on the bill or a great/decent American President, to a Native American he is a symbol of NA oppression that lead them to being drunken druggies in a jobless rez.”

She really understands the issue.

Then there are the others doing similar stuff:  There is a group advocating boycotting presidential coins because of an apparently false internet rumor that “In God we trust” is not on the coins.  There is a guy in England that wants to boycott the British Pound because there is a picture of Darwin on it (he is one of those “Intelligent Design” advocates). 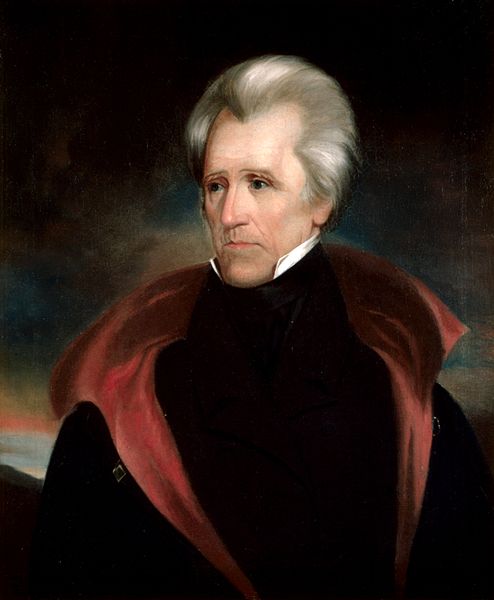