History of the Butterfly, Part 95: The Crane Dance

Black Hawk remembers the cycle of life in Saukenuk:

“Our women plant the corn, and as soon as they get done, we make a feast and dance the crane dance, in which they join us, dressed in their best, and decorated with feathers.  At this feast our young braves select the woman they wish to have for a wife.  He then informs his mother, who calls on the mother of the girl, when the arrangement is made, and the time appointed for him to come.  He goes to the lodge when all are asleep, (or pretend to be), lights his matches, which have been provided for the purpose, and soon finds where his intended sleeps.  He then awakens her, and holds the light to his face so that she may know him—after which he places the light close to her.  If she blows it out, the ceremony is ended, and he appears in the lodge the next morning.  If she does not blow it out, but leaves it to burn out, he retires from the lodge.  The next day he places himself in full view of it, and plays his flute.  The young women go out, one by one, to see who he is playing for.  The tune changes, to let them know he is not playing for them.  When his intended makes her appearance at the door, he continues his courting tune, until she returns to the lodge.  He then gives over playing, and makes another trial at night, which generally turns out favorable.  During the first year they ascertain whether they can agree with each other, and can be happy—if not, they part, and he looks out again.  If we were to live together and disagree, we should be as foolish as the whites.  No indiscretion can banish a woman from her parental lodge—no difference how many children she may bring home, she is always welcome—the kettle is over the fire to feed them.” 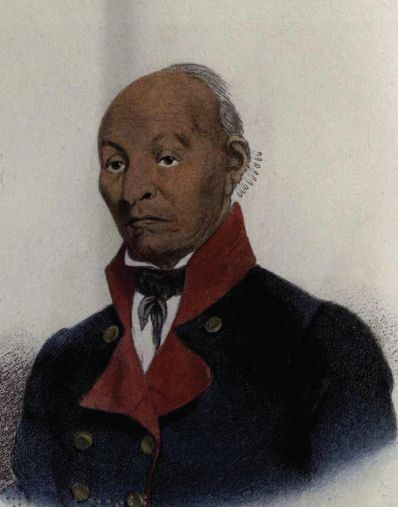 Nature photographer from central Iowa.
View all posts by the roused bear →
This entry was posted in American Indians, Black Hawk, The History of the Butterfly and tagged Black Hawk, courtship, crane dance, Sauk. Bookmark the permalink.