So if you read my post the other day here you know that I have a number of digger bees living under my porch.

I think they are Anthophora abrupta, but I have not confirmed that yet.  Swan and Papp, 1972 say that “…the tunnel entrances are protected by chimneys curving downward with the slope of the bank and made of mud pellets; the inside is smooth and glazed, as are the brood cells.  Each cell is provisioned with a semiliquid mass of pollen and nectar in which one pearly white egg is laid; the cell is sealed tightly and is impervious to water.  They pupate in the brood cells without a cocoon and hibernate as larvae in the cells.”

I tried unsuccessfully to dig some of the tunnels out–I need to find a better method.

What I really find interesting are the flies that seem to be associated with the nests.  These are scuttle flies or phorid flies, in the family Phoridae.

They seem to hang out around the chimneys and mate near them as well.

I watched this fly (the one on the small rock) for a few minutes.  It seemed to stand just in front of the chimney for no apparent reason.  Since I use flash to take the photographs, the angle of the light changes.  I did not see the fly that is further inside the tunnel because it was too dark.  I believe both individuals in this photo are females because they have swollen abdomens. 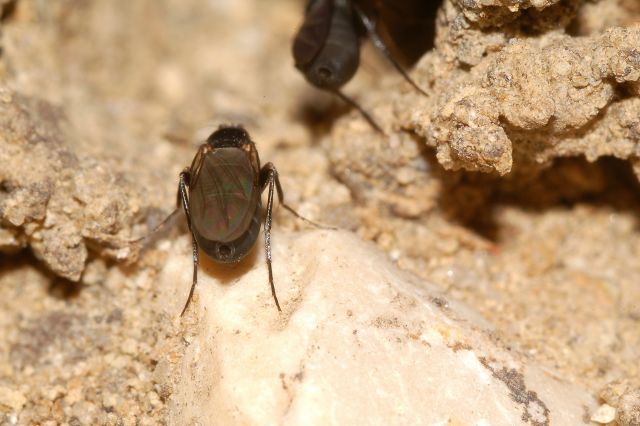 Note that this was right in front of one of the chimneys.  After a few minutes a male came up and the two started mating.  After a few seconds both individuals flew off together. 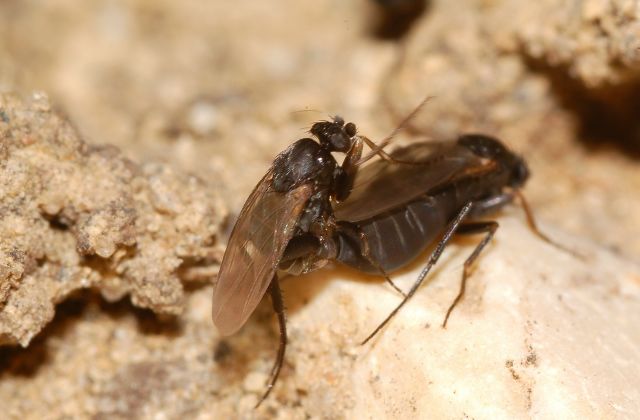 Here is another female that waited on the edge of a chimney until a male came up and attempted to mate with her. 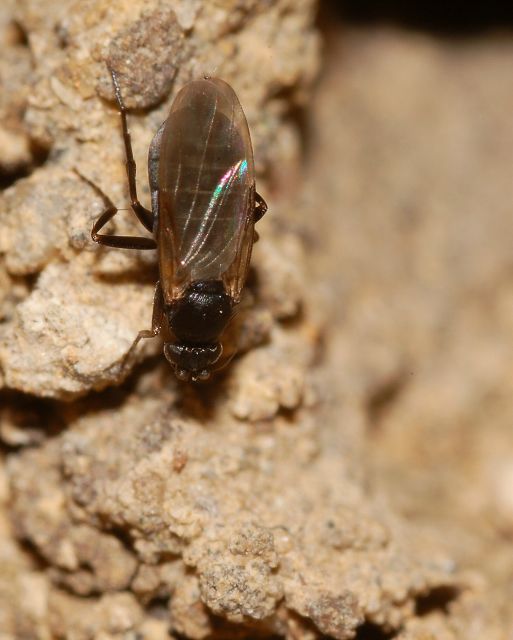 This one was not so clear-cut.  A male showed up and attempted to mate but I am not sure the event was successful.  However, this was right on the edge of the chimney as well–the inside is just to the right of the flies in this instance.

So in at least three instances I have photographed these flies mating or attempting to mate on the very edge of the digger bee chimneys.  I have also witnessed females apparently waiting for their mates near the edge of the chimneys.

I think it is a safe bet that the flies are either a parasite on the brood of the bees, or that they consume the provisions of the brood–the nectar/pollen mix that is brought in by the adult bees.

Now how would one go about getting photographs of that?