It is Still There

A few days ago I wrote about a small bit of moss that lives in the tongue of an antique cornstalk cutter that we have.  At the time it was covered with snow.

We have had a few days with higher temperatures lately–today was up to 50 F (that would be 10 in the scale that the rest of the world uses).  Still, there is snow on the ground, but it had melted around the tongue of the cutter.  The moss is smaller and less spectacular than it was in May, but it is still there. 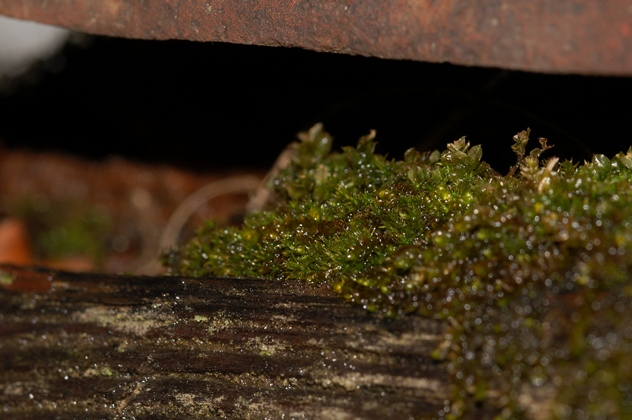 And I took this image of some melting ice in a small container we have.

I also saw two flying insects near an old tire.  I did attempt to photograph them but they disappeared back into the space in the tire and I could not find them again.  I think they were winter crane flies, but I can’t be sure.

Temperatures are predicted to be below freezing tomorrow and for the next few days.  It is not unusual to have a January thaw in Iowa, but the high temperatures typically average below freezing until about the first week of February.