Notes on the Discovery of the Poweshiek Skipper 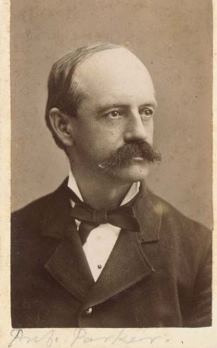 The Poet felt strangely nervous as he packed the nets and the jars in the back of the buggy. It should have been a pleasant task. After all, the poet loved the sunshine and warmth of the June morning that would remove the dew from the grasses and expose the colorful flowers. The air would smell so fresh and clean. Helen would be at her best—almost back to the picture of loveliness that he had married some 18 years earlier. Her sorrow would melt away as they chased butterflies on the prairie slope, and she would be happy for a time. Her focus would be on the mission at hand.
This was to be the third trip in as many weeks to find Helen’s butterfly. Helen suggested to the Poet that this butterfly did not live long as an adult, so to find it you had to be out in the prairie when it emerged. And then there was the move coming up—if they didn’t find it this year there would not be a second chance. They needed fresh specimens. The individuals Helen had collected were battered and damaged from their short lives and from the constant handling and observation of the specimens. One could describe the species from these, but there really needed to be more.
So instead of a relaxing morning out of doors collecting a few butterflies, followed by a picnic, it would become a frantic search for a small and somewhat inconspicuous butterfly. Failure to find it would result in deep disappointment.
They followed the road a few miles north of town. They came to a wooden gate which the Poet opened. Entering the enclosure, they closed the gate and unhitched the horse. They left their lunch in the buggy, and rode bareback, the Poet in back and Helen in front, holding the nets and jars, for about a quarter of a mile to the steep slope with the prairie pasture.
There was a deep cut through this pasture, at the bottom of which a brook spread itself broadly over the pebbles, and was then gathered into a narrow way between grassy banks, and glided into a pond in a field beyond, where the frogs sunned themselves all day, and croaked all night.
Helen inspected the vegetation and slowly weaved the net back and forth across the short grasses before the Poet was off his horse and had tended to it. The Poet looked around, and immediately spotted a stunning Argynnis idalia, dark brown with brilliant silver glistening in the sun. It was working its way around Echinacea pallida, stepping over the spikes of the coneflower as it gathered nectar from the gaps between the spikes.

A few Pyrameis huntera caught the Poet’s eye. Then a trio of Scudder’s dione. Scudder’s list of Iowa’s butterflies had been a wake-up call for Helen and the Poet. No one had collected more Iowa butterflies than they had, yet they had been slow to publish, and Scudder had beaten them to it. 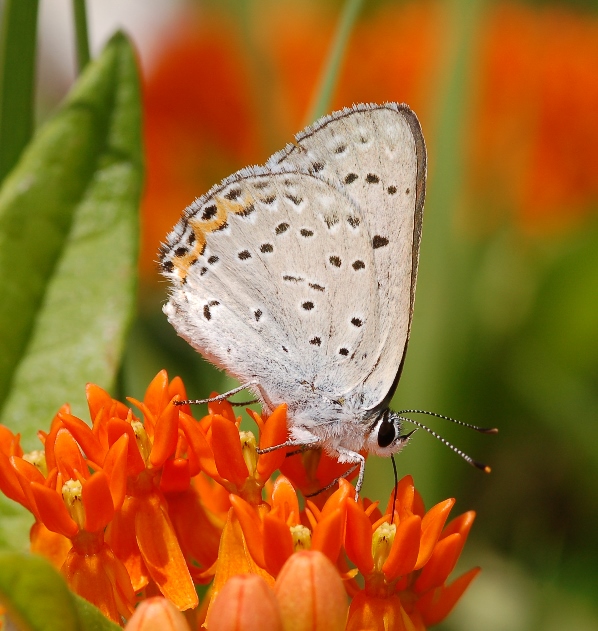 Chrysophanus dione was a new species, but they already had many in their collection. Scudder listed four species as new, out of forty six. They weren’t sure about the other three, but they had one that Scudder did not mention—a lovely Hesperian, dark brown with pale yellow hind wings with conspicuous white veins. They would name it Powesheik, after the county and the Indian chief they had both seen as children.
Helen let out a yell. She had one. The Poet rushed to her side, ready to assist, but she already had it in the killing jar. The butterfly trembled in the jar—it would continue to tremble until its life force was gone and it would remain soft and pliable so it could be easily pinned. 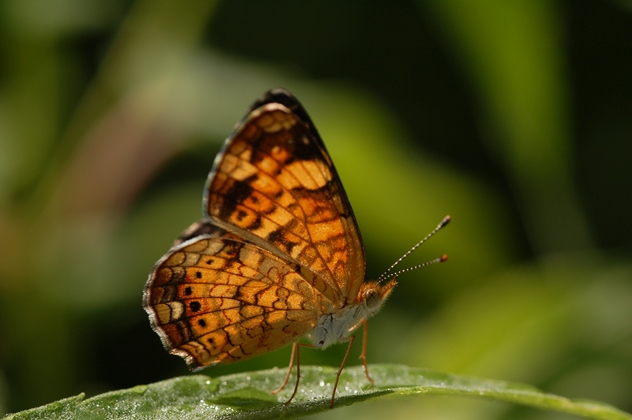 Then the search went on in earnest. More of the small butterflies were captured, along with Lycaena comyntus and Melitiva tharos, which were released. The Poet was starting to think the trip was a resounding success. He lost track of the numbers, but thought they had to be in the high twenties. When the last of the killing jars was readied, a sweep of the net came up with four individuals of the new species. He put them in the jar and watched them tremble. Then he felt a strange weakness, and looking up saw, near the brook, a figure of a man on a horse. Powesheik? But he felt the jar slip from his hands, and he had to look down to catch the jar. When he looked up again, he did not see the Indian, nor any sign that he had been there.
Helen was happy, and satisfied that they had accomplished their task. She was nearly her old self as they carefully packed up the nets and the specimens and road back to the buggy. The Poet felt something strangely different. He felt a weariness mixed with panic and maybe a sense of impending doom. Was it the vision of Powesheik that so drastically changed his mood, or was it something else?
It was a nice day for a picnic, and Helen chatted happily as she laid out the blankets and prepared the meal—fresh bread, ham, and a handful of wild strawberries that Helen had picked after they left the prairie. The Poet’s mood had quieted—he was nearly calm, with just a hint of wariness. They packed up their things and left the enclosure.
When they arrived back in Grinnell, Helen went right to work pinning the butterflies. They had already written the description, and with a few modifications had it submitted for publication. Over the next few days they finished packing for the move back east.

Nature photographer from central Iowa.
View all posts by the roused bear →
This entry was posted in Uncategorized. Bookmark the permalink.

1 Response to Notes on the Discovery of the Poweshiek Skipper