I take a lot of photos every year, and this year was no exception.  Most of my photos are closeup photos.  I looked through my pictures, and came up with ten that I like the best.

These are my favorites, and a large part of how I judge them is how much fun I had taking them.  So if you look with a critical eye some of the photos might not be really good.  Those are the ones I had the most fun taking.

In no particular order…. 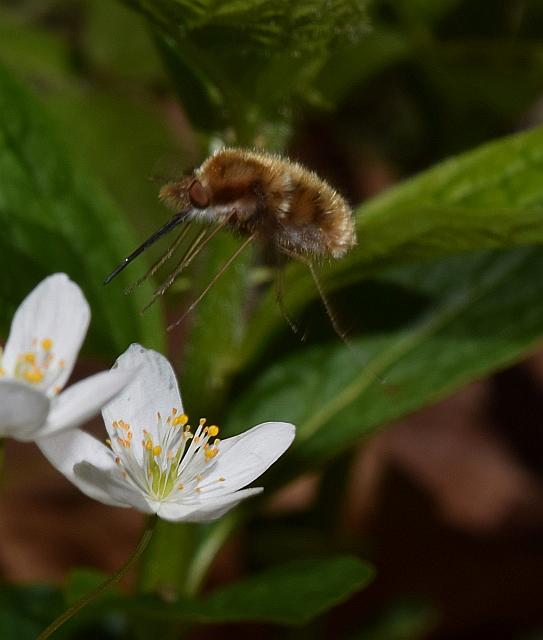 I took this photo of a bee fly, probably Bombylis major, on my birthday and at The Ledges State Park.  The day was cool but sunny, and I spent a majority of the time there watching redbud trees for any sign of Henry’s elfin.  I was unsuccessful in that endeavor,  but was diverted long enough by this fly to get its photo. 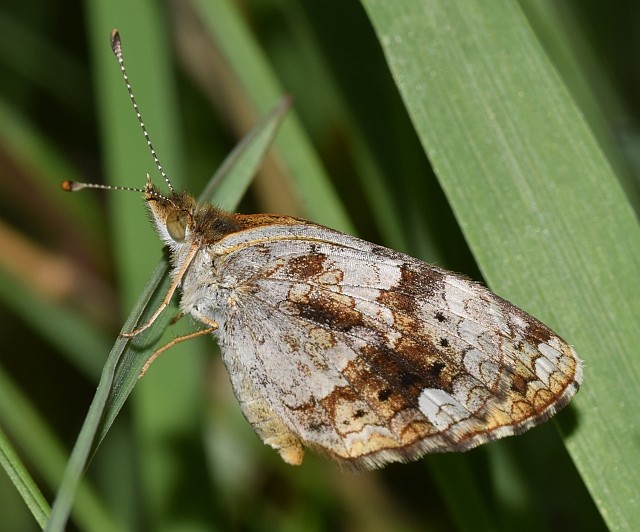 I found this pearl crescent near our reconstructed prairie on a cool cloudy morning.  It seemed an unusual color, and for a while I thought it might be some other rare butterfly.  This is a very common butterfly, but this color form is less common. 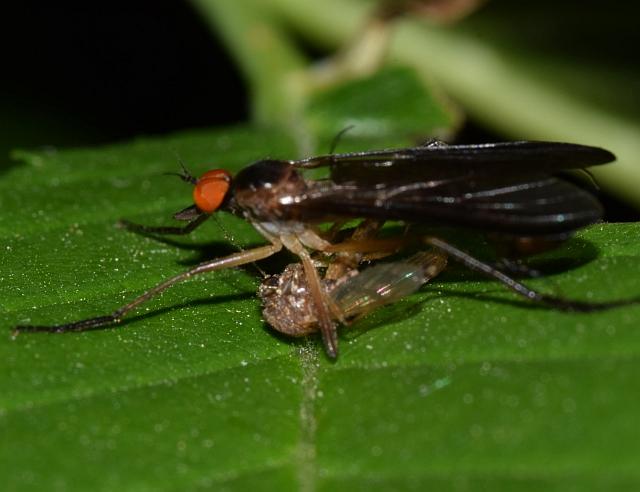 This male dance fly, Rhamhomyia longicauda  had captured another fly for a nuptial offering.  While these flies are fairly large and easily seen, I don’t remember seeing them until this year.  When I did a little research on them, I found out that the females inflate their abdomens with air in order to appear more desirable to the male.  Of course, I had to photograph that. 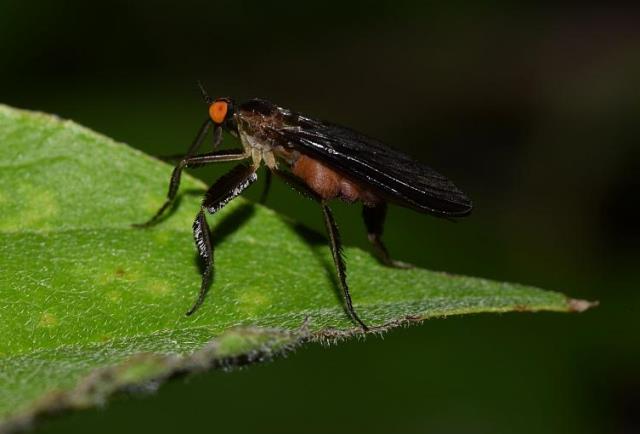 The females were fairly easy to find–their legs have rows of hairs on them, giving the appearance of feathers.  But they do not inflate their abdomens during the light of the day.  In order to see the behavior you have to wait until twilight.  Then you can barely see the flies and they are a challenge to photograph. 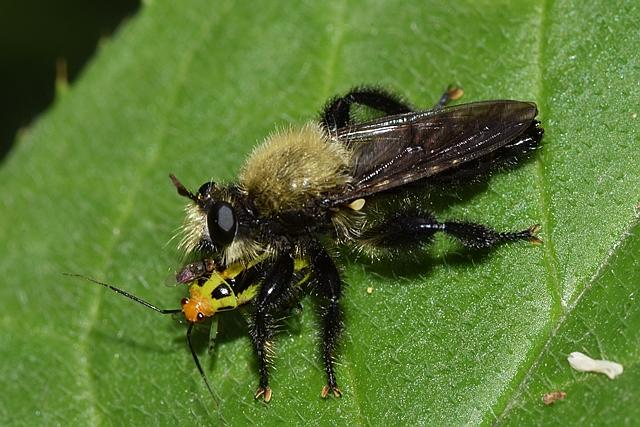 I found this bee-like robber fly, Laphria flavicollis near Medora prairie.  It has captured a true bug as prey, and there is a small fly feeding opportunistically on the prey. 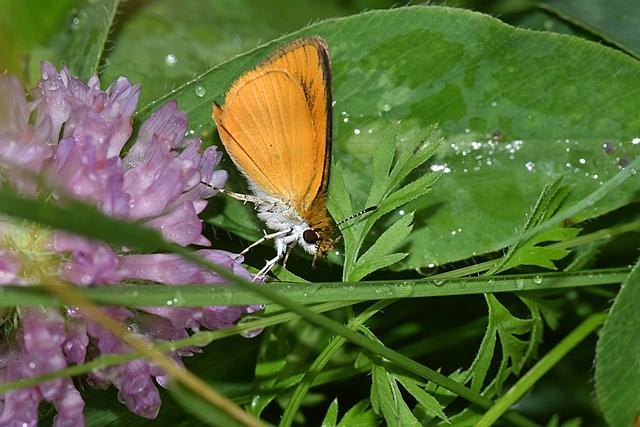 In June we had some very hard rains.  One day, within a few minutes after one of those rains I walked along the gravel road by our house.  The vegetation in the ditch had mostly fallen over because of the intensity of the rain.  There I found this least skipper, drying out. 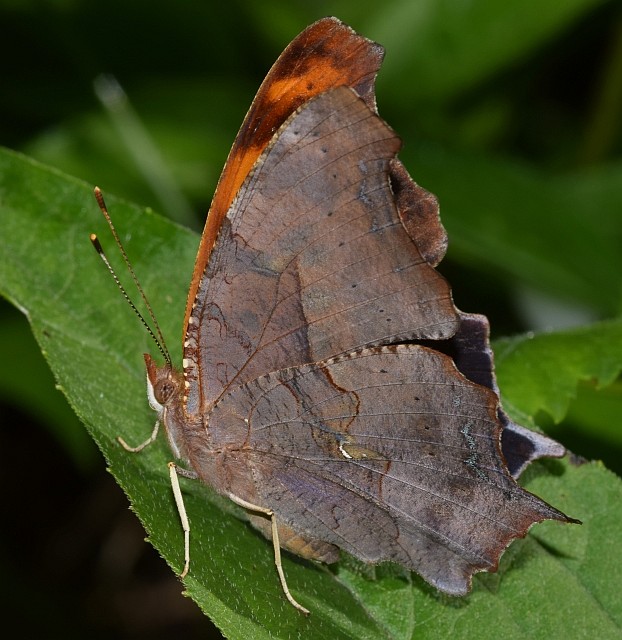 Question mark butterflies were especially common this year, and quite colorful. 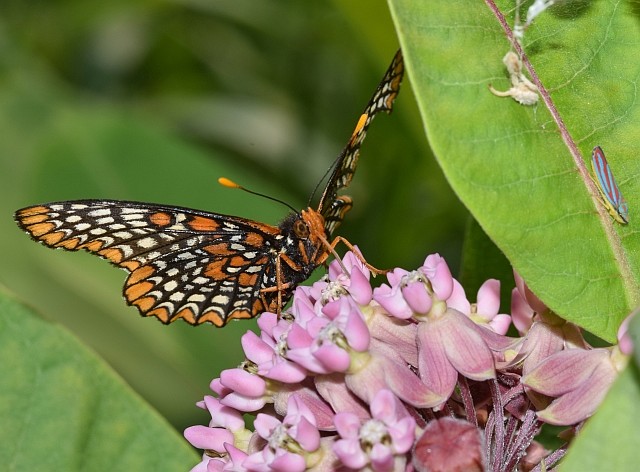 I was able to take a trip to Wisconsin this year, looking unsuccessfully for the Poweshiek skipper.  I did find Baltimore checkerspots there, and they were quite common (unlike their status in Iowa) and colorful.  I enjoyed the trip immensely, and was able to tag along on a scheduled butterfly walk as well. 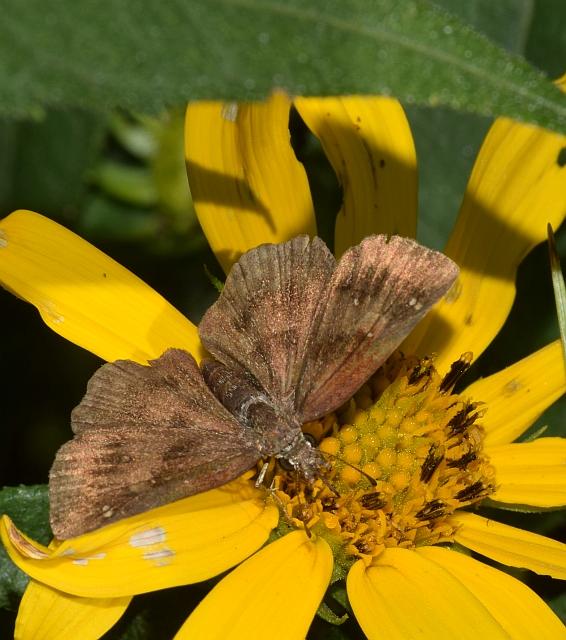 This was the third “life” butterfly that I was able to photograph this year, a Hayhurst’s scallopwing.  I climbed a steep hill, and wandered through a prairie with full grown big bluestem.  Had there not been a mowed path, the eight foot tall grass might have been impassible.

People who have seen my blog have mixed reactions to this photo, but I contend it was the coolest thing I saw this summer.  This is a group of fungus fly larva moving from one location to another.  The entire group looks like one large slug, complete with slime.  I had not seen this before, but had read about it.  I saw this on the walk outside our house as I was headed to work one morning.  Of course, I had to stop and take pictures.

So there you have it–my favorite photos of 2015.

Have a happy new year.

Nature photographer from central Iowa.
View all posts by the roused bear →
This entry was posted in butterflies, diptera, insects and tagged best of the year, macro photography, nature, photography. Bookmark the permalink.