I went to Medora Prairie yesterday, which is a TNC preserve located east of New Virginia, Iowa.  This area is home to some of Iowa’s rarest butterflies.  While I did not see any of the rare ones, I did get to see some nice ones.  We have had a little bit of a spell where there weren’t many butterflies flying, but the numbers are rapidly picking up.

This silvery checkerspot was hanging out near a puddle in the dirt road just alongside the prairie.

This tawny-edged skipper was getting nectar from the dogbane alongside the same road.  Dogbane is starting to bloom at Medora, but it is not yet blooming where I live, which is about an hour’s drive to the north of there.

Back home today I came across this Peck’s skipper. 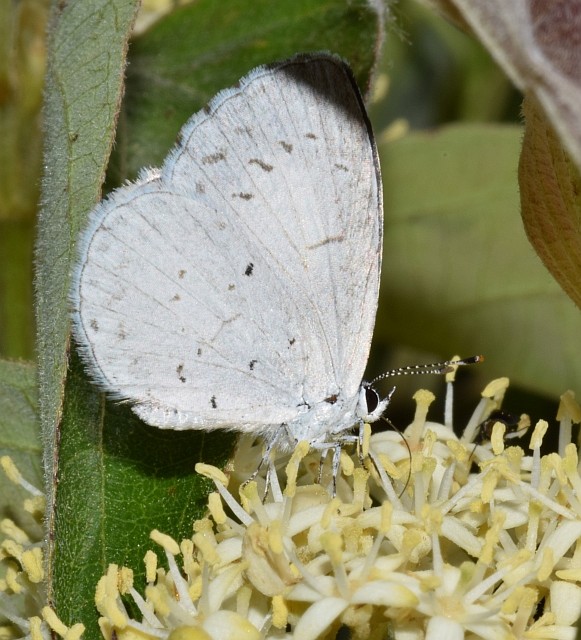 Two days ago I started seeing small whitish butterflies flying high up in the trees.  I was pretty sure they were summer azures, but I only saw them a few times and I never got a good look.  Now they are out in full force, and can’t be missed.  I am sure they number in the dozens, if not the hundreds, just in our yard. 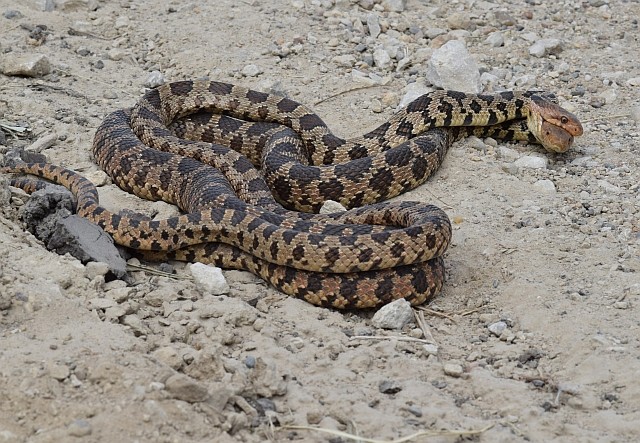 In the road alongside our property I came across these western fox snakes, in a fairly aggressive courtship display. 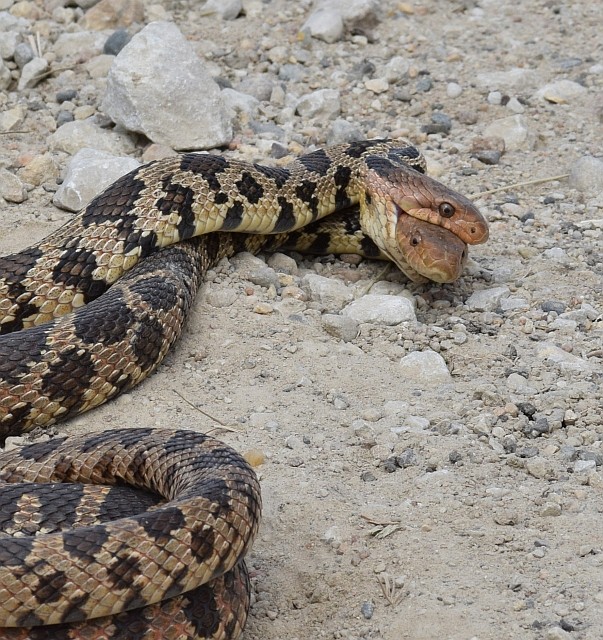 I considered moving them out of the road because of the possibility that someone could accidentally (or intentionally) run over them with a vehicle.  I did not–the road is fairly lightly traveled.  When I went past the site about an hour later they were gone.  They avoided the road hazard for the time being.