Another Attempt to find the Poweshiek Skipper

Oarisma poweshiek is a small butterfly that was discovered and first described from Grinnell, Iowa in 1870.  When the prairies were here it was probably quite common, although it only flies as an adult for about a week or two.  It has recently been extirpated from Iowa and Minnesota, but was found in two locations in Wisconsin within the past few years.  I visited one of those two sites, Puchyan Prairie, with the hopes of finding it.  I am not sure when it was most recently seen there, but it might have been as much as five years ago.  I have yet to see and photograph this butterfly, although I did get a photo of its caterpillar in captivity at the Minnesota Zoo some years back.

I was not optimistic that I would find this particular butterfly, but I did visit the site a few years ago and found some other butterflies that were pretty neat.  So I took a couple of days of vacation from work, and made reservations to stay at a hotel in Wisconsin.  If I could not find O. poweshiek I should at least be able to get some photos of butterflies that we don’t have around here so much.

Thursday, the first day of my trip, it was sprinkling a light rain when I left.  I hit some heavy rain for part of the trip, and light rain for the rest.  I used my windshield wipers until I was within ten miles of Puchyan Prairie.  Things did not look good for seeing butterflies.  But when I got to the site I saw a summer azure right away.  And it was flying.

A lot of the area is a marsh–water deep enough to sink down in, but with vegetation that emerges above the surface.  The whole site was wetter than the last time I visited, as Wisconsin had recently had very heavy rains.  One butterfly that likes these conditions is the least skipper.  I always see them around water. 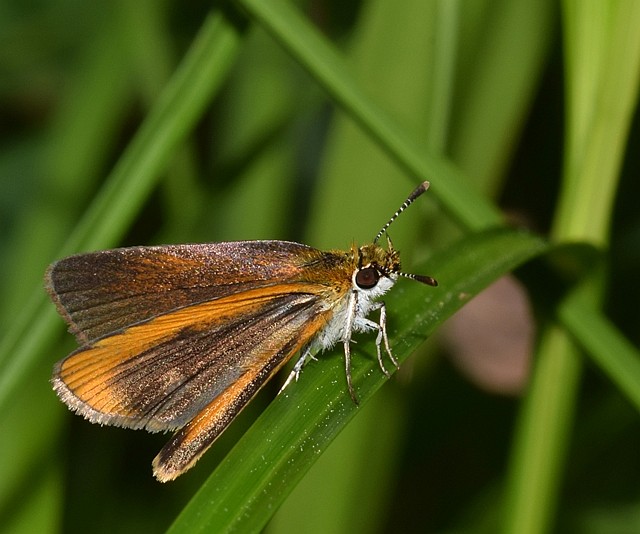 In fact, they get quite close to the water. 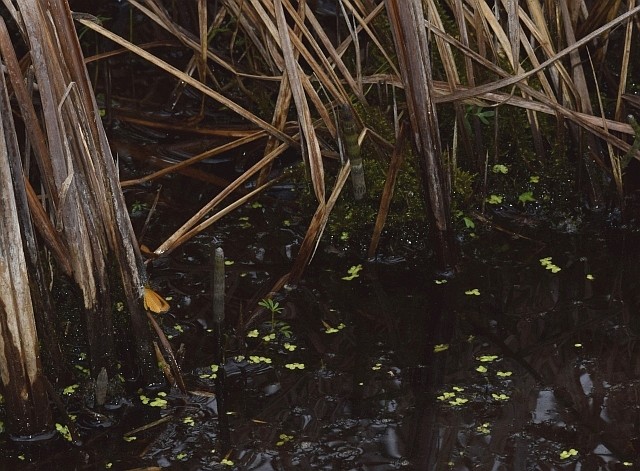 There are areas of dry ground at Puchyan Prairie, but dry is a relative term.  The ground is soft and muddy, and if you stay too long in one place you will sink in.  Still, I left the access road and headed for a relatively dry area with some two-foot high grasses.  Deer flies and mosquitoes were busy around my head and eyes, but I had butterflies to photograph.

Crescent butterflies are quite variable, but some species have subtle differences.  In Iowa, the pearl crescent, Phycoides tharos, is common.  I thought what I was seeing here was the northern crescent, P. cocyta instead.  In order to see the definitive markings you have to see the lower surface of the wings of a male.  It is more difficult to do with crescents than you might imagine–the usually bask with the wings spread out.  But I did finally get a shot, and I am satisfied that I have the northern crescent. 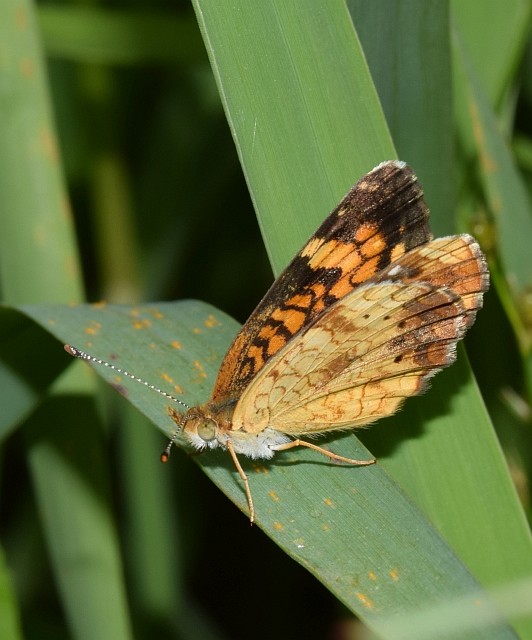 I was almost ready to head for the hotel but I decided to work a little patch of ground on the south end of the site.  There I found a spectacular long dash skipper. 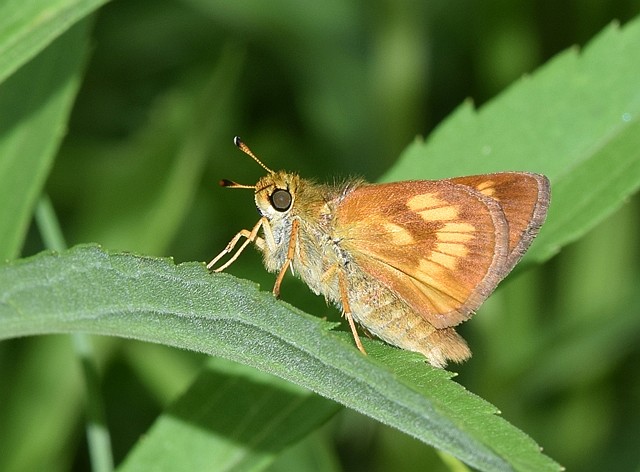 On Friday I visited some of the state natural areas along the Fox River, then went back to Puchyan Prairie. 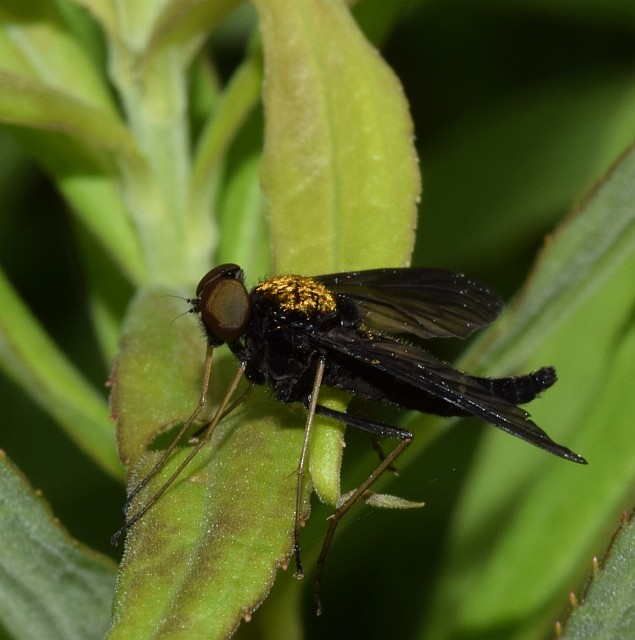 We have summer azures in Iowa, but the ones I was seeing here seemed a little different than ours.  For one thing, they seem a little larger.  This female basked for a while and showed her spectacular upper wings.

While I never did see the Poweshiek skipper, and I did not find any butterflies that were new to me, I did enjoy the trip.  One thing I will never get tired of while visiting Wisconsin it how often sandhill cranes can be seen out in the open.  Even in the corn fields.

I enjoyed my short trip.