A Long Trip to Photograph Bugs

Yesterday I drove most of the way across the state to visit Bixby State Preserve.  I did it mostly because I wanted some time outside, which I feel like I haven’t had enough of lately.  Plus, this preserve is a very special place.

One unexpected surprise was that there were several limestone blocks, roughly the size of coffee tables, that had been placed at a road turnoff.  Those blocks had been there for some time, and are covered with mosses.  I noticed that six-spotted tiger beetles, Cicindela sexguttata used the tops of these blocks to hunt and probably also to establish dominance, as they would chase each other off of the rock.

C. sexguttata is a widespread species, named for six white spots that the beetles found in Iowa never seem to have.

I also found this lovely creature with seductive colorful eyes.  This is a species of deer fly.  Deer flies have a painful bite, but they usually sit and think about biting before they do.  This lovely lady did not bite me, but she might have had I given her the chance. 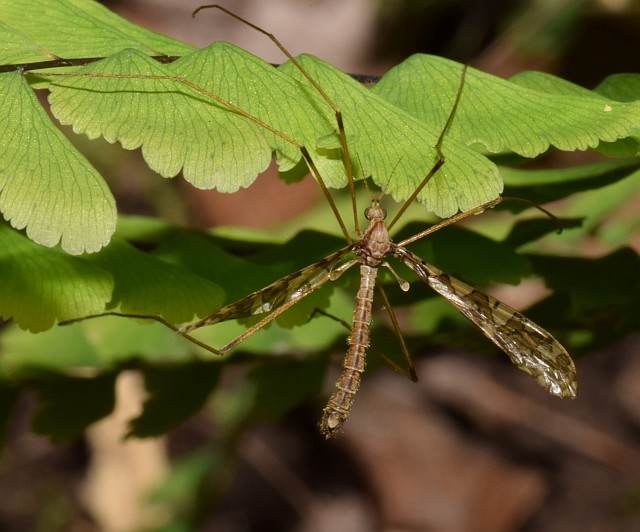 If I lived close enough to the preserve to visit it every day, I would bet that I could find something new and exciting every time I would visit.

Nature photographer from central Iowa.
View all posts by the roused bear →
This entry was posted in diptera, insects, invertebrates, Uncategorized and tagged biological diversity, macro photography. Bookmark the permalink.