On a Misty Day

When I moved into my house a little more than a year ago, there were some flowers planted alongside it.  Bleeding hearts!  One of my favorites.

They were getting ready to bloom this spring, then we got a late freeze and snow.  I wasn’t too optimistic that they would recover but they were starting to when we got another late freeze.

But they have bounced back and they look as robust as ever.

We’ve had a misty morning today and that makes great conditions to take photos of the flowers.

I took some photos which I liked, but I thought I would go back and try to take photos of the rain on the vegetation. 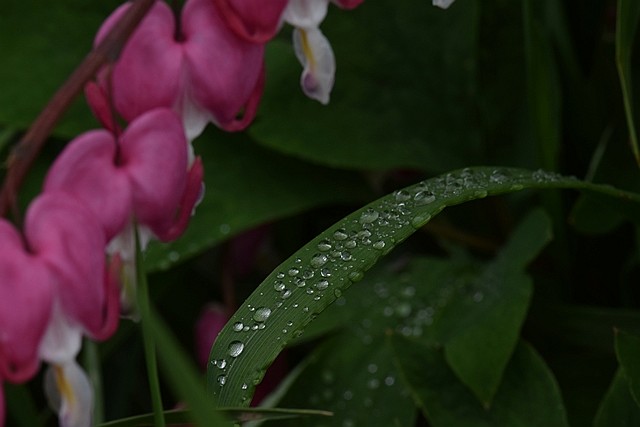 After a lot of playing around and lots of bad shots I got this one that I kind of like:

Nature photographer from central Iowa.
View all posts by the roused bear →
This entry was posted in photography, plants and tagged bleeding heart, flowers, gardens, macro photography. Bookmark the permalink.