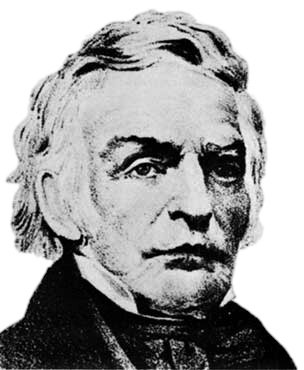 I have built some of my musings on this blog about a butterfly called the Poweshiek skipper, Oarisma poweshiek.  The species description was published under Henry Parker’s name, although I think Henry’s wife Helen played a more significant role in the discovery than Henry.  There are a number of other characters in the story as well.

Religion played a key role in the lives of many of the characters in the story.  I wanted to look not just at their religions, but challenges to their religions.

Samuel Parker was Henry’s father.  Samuel and Henry were congregational ministers.  So was Henry’s brother, Samuel J. Parker, before he became a medical doctor.

Charles Darwin, who was also a minister, published The Origin of the Species in November of 1859.  He laid out a very careful argument about how evolution occurs—an argument that challenged the literal interpretation of the story of creation in the Bible.

Samuel Parker traveled west from New York in 1835 to open up missions to the Indians.  His journey took him down the Ohio and up the Missouri, then by land over the Rocky Mountains.  From there he sailed to the Sandwich Islands (now called Hawaii), around Cape Horn, and back to Ithaca New York, arriving in May of 1837.  As a point of reference, this was about the same time frame as Darwin’s visits to the Galapagos Islands.

Samuel Parker was a careful observer, though not so nearly focused on life forms as was Darwin.  Yet he did note that the species of plants and animals on the western side of the Rocky Mountains were different from those on the eastern side.

“On the west side, the enormous balsam firs, measuring from five to eight feet in diameter, and between one and two hundred feet in height, would be found so numerous as to constitute whole forests.  Also the alder of various diameters, from the small to those of two feet, and proportionately tall; and the rush varying from four to ten feet long, and proportionately large.  While the fir, the alder, and the rush would be found on the east side, they would be mere dwarfs compared to those on the west, and also very sparse.  And many genera of trees and plants would be found on the one side and would not be found on the other.  On the west there would be no walnut, chestnut, sugar maple, elm, and many other kinds of trees.  And of animals, there would not be found any of the present fossils of the east, nor the ox, the ass, the swine, nor common sheep,–the buffalo would be found east and in the mountains, but hardly beyond.  What conclusions can be drawn from such data, if the rules , which have been adapted by some geologists, are received as correct?”

He spent some time contemplating the problem but concluded that the conflict was with scientific understanding of geology, rather than the Biblical story of creation.  Although I think he still had his doubts…

Nature photographer from central Iowa.
View all posts by the roused bear →
This entry was posted in Henry W. Parker, oarisma poweshiek, The History of the Butterfly, Uncategorized and tagged Charles Darwin, evolution, Origin of Specie, Samuel Parker. Bookmark the permalink.